The Jewish celebration of Hanukkah has a beautiful, rich history. Often coined “The Festival of Lights,” this eight-day long holiday celebrates the resilience of the Jewish people against persecution. The story of Hanukkah celebrates the miracle in history when a small amount of oil is said to have kept the lights burning for eight days straight. This light also represents the fight the Maccabees, a small Jewish army, against the Assyrians, who had attempted to wipe them out, convert them to Paganism, and desecrate their holy temple. At its core, celebrating Hanukkah is a proud statement that one’s faith cannot be taken from them by any means.

The Hanukkah menorah, which holds nine candles: the shamus, or servant candle, which is used to light the others, and then eight candles, one for each night of Hanukkah. These differ from traditional Israeli menorahs, which only have seven candles. During Hanukkah, families come together to light another candle every night, representing the eight days and nights that the miraculous oil burned for their ancestors.

Latkes, or fried potato pancakes, are often served during Hanukkah celebrations as another nod to the miracle of oil. These small fritters are made from shredded potato, onion, egg, flour, and spices, and are usually accompanied with sour cream or applesauce for dipping. Kugel, a sweet noodle casserole, is another delicious dish that is commonly served during this holiday.

The dreidel, which is represented on many of the items below, is a children’s toy that is played during Hanukkah. This spinning top is accompanied with a pile of tokens, such as candies or coins, and during the game, the players either take from the pile or return items to it. In the Western world, the Hebrew characters on the driedel represent the saying “Nes Gadol Hayah Sham,” which translates to “a great miracle happened there” in English. In Israel, the characters represent the saying “Nes Gadol Hayah Poh,” or “a great miracle happened here,” making dreidels with that variation highly collectible. The rules of the Jewish-American dreidel game are below:

Gimel- take all the tokens.

He- take half the tokens.

Shin- put all the tokens back.

No matter what your favorite Hanukkah tradition is, we’re sure one of these handcrafted treasures can help illuminate that experience! 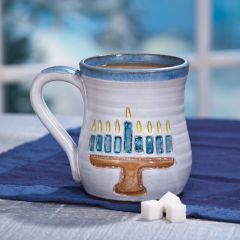 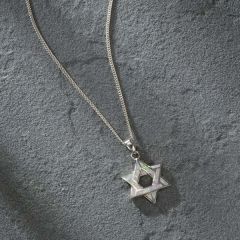 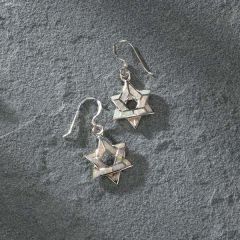 Extend the abundant beauty of nature to your kitchen or tablescape with our exclusive floral Polish pottery.
Flutter by, butterfly! Explore handmade accessories, jewelry, apparel and decor featuring one of Mother Nature's most magical creatures.
Happy Easter from all of us on the Connecticut shoreline! Celebrate with up to 50% off some of your favorite handcrafted treasures.
Set a cheery spring tone as you bake or dine with our exclusive "By The Pond" Polish pottery collection adorned with dragonflies and lily pads.
Spring is the perfect time to try a new style or breathe new life into your decor. Explore our latest catalog to discover new jewelry, apparel, home decor, and accessories from artists all over the world.
We're officially one week into spring! Celebrate by treating your friends, your family members, or yourself with $20 off your purchase of $100 or more!
Loading Comments...
%d bloggers like this: