A Millefiori vase will make a great accent piece to your space. You can fill it with flowers, leave it as is, place it in the center of your mantel, or off to the side. No matter which way you choose to display your Millefiori vase, the colorful patterns will create an aesthetically pleasing display. 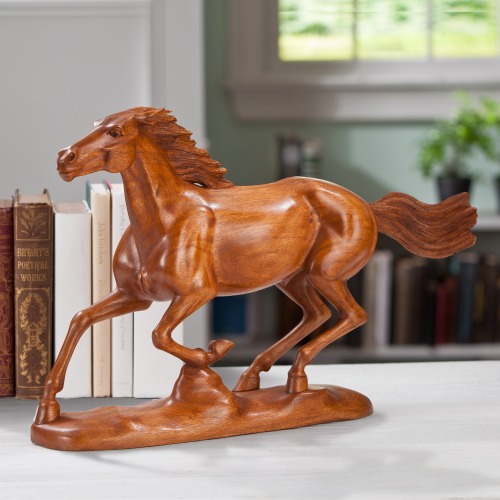 Do you love the equestrian sport? Placing a horse figurine on your mantel will create a stylish western theme. It is a great décor piece for horse riders and lovers. This beautifully carved figurine will add instant beauty on your fireplace mantel.

Displaying candlesticks on your mantel will add a magical ambiance to your home. You can add a couple or multiple candlesticks for a classic and warm touch. These gold and white swirl patterned glass candlesticks are iridescent and hand-blown.

With the many designs out there, a kaleidoscope is a captivating piece to add to your mantel. Not only will this peacock kaleidoscope look magnificent on your mantel, but it also revolves to the tune of a song for our artisan, Massimo’s 10th year of partnership with Uno Alla Volta. The details of this piece are exquisite and classical.

Whether you work at a corporate office or at home, you can add a little inspiration or pizzazz to create an inviting workspace. Making your space into your own personal style can make you feel productive, organized, and enthused. Therefore, we present to you 5 beautiful treasures for your desk. 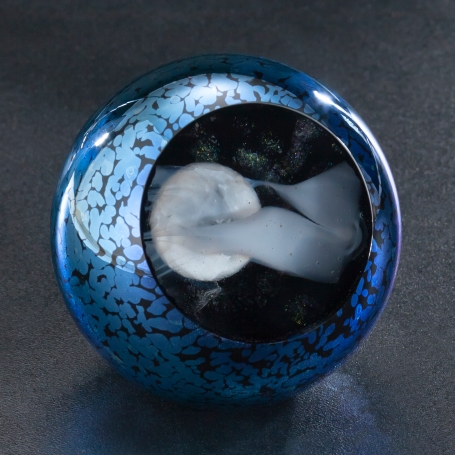 An inspirational plaque will give you the courage to pursue your dreams. It will guide you to create the right path you need to take for success. This reversible pewter plaque is a perfect accessory to have on your desk to bring out the optimist in you.

Do you find yourself spending too much time scouring for important documents? If so, an organized desk will truly boost your productivity. To achieve a tidy look, a letter holder will keep your letters organized and help you focus on your day-to-day tasks. Polish pottery artisans handcraft this sunflower letter and napkin holder from local clay and each one is fired for immense durability.

What is better than a non-burning scented candle? A decorative fragrance vessel will not only freshen up your space and add a pleasing aroma to your desk, but transform your mood and improve your productivity! Embedded with natural essences and silk botanicals, this wax pottery vessel releases a soft floral scent that can help redefine the way you handle your daily tasks. 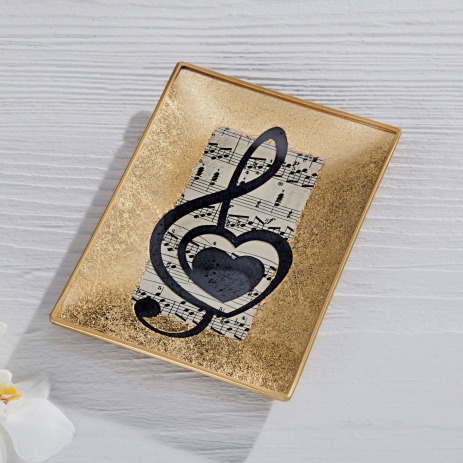 Are you looking for the ultimate organization treasure for your desk? A trinket dish is decorative yet functional. It is the perfect piece to hold paperclips and binder clips. This beautiful trinket dish is handcrafted using glass, faux gold leaf, and 18-karat gold paint.

Centuries ago, hats symbolized social status and wealth. Throughout the years, women’s hats have taken many forms that vary in shape and size, as they are one of the best accessories to change up your look. Materials such as feathers, flowers, lace, and bows are affixed on hats to give off a luxurious touch. Since there are so many different types of stylish hats, we share with you 5 chic hats for women everywhere.

This red wool floppy hat is adorned with a black silk band and flowers. A wool hat is the perfect accessory for the fall and winter season because it adds warmth and style. A floppy hat itself can definitely dress up a casual outfit, and the color of this particular hat gives off a bold statement.

Hand-pressed and shaped out of felt, this cobalt blue fedora has a wide brim with an indented crown. Although the shape of this hat is considered masculine, the feather accent adds a feminine touch! This stylish hat is finished with a grosgrain ribbon for embellishment.

Featuring a style from the roaring 1920s, this cloche hat is a vintage fashion piece. It’s adorned with a black velvet band and a vintage silver pin, making it an exquisite accessory to flaunt your style.

Beanies are a great way to stay warm and stay in style; you can wear them dressed up or dressed down. The chunky wool used to handcraft this beanie is also the perfect material for winter. This type of hat gives off an effortlessly relaxed look while adding a touch of elegance. 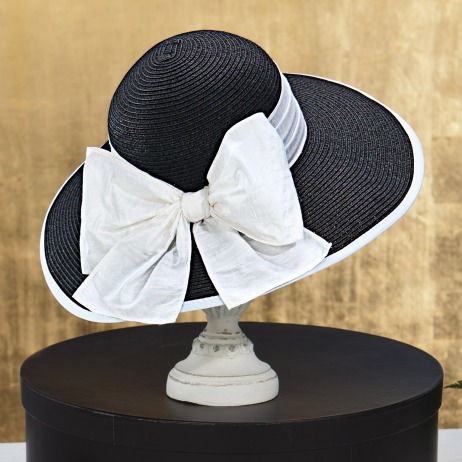 Straw, wide-brimmed hats are the most exciting accessories in fashion. This functional yet fashionable hat protects you from UV rays while giving off a sophisticated look. This sun hat is designed from natural fiber and adorned with a big white bow for glamour.

Garnet is the official birthstone for January. Its name is derived from the Latin word for Garanatus, which means seed-like, as it is similar to a pomegranate seed in both size and color. This gemstone symbolizes health, prosperity, and regeneration, all of which are in our hopes when starting a fresh New Year. Although it is available in many colors, deep red happens to be the most common color of garnet. With countless years of history behind it, we decided to dig a little deeper and explore the origin and types of garnet! 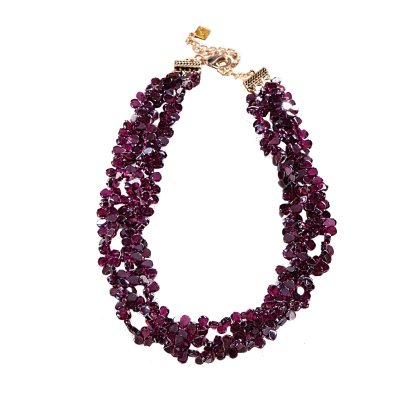 During the Bronze Age, Egyptians would use garnet as an embellishment in their jewelry and carvings because it symbolized life.  In time, it also became very popular among the Romans and Ancient Greeks. Warriors during the Crusades used garnets as a lucky charm when going into battle because they believed it had healing powers.

Back in the biblical period, it is believed that a garnet stone led Noah’s Ark through the darkness and into the light. Today, people adore garnet mostly because of what it represents, and use it in jewelry, prayer beads, and the realm of spiritual healing.

Most common form of the gemstone and its color is black and red.

Always displays a dark, blood red color, which makes it an attractive gemstone.

Forms a mandarin orange to a red orange color.

Not as well known as other garnets, however it forms a black, grey, green, yellow, red, pink, brown, and orange color.